The summer is a good time for plants, as long as it isn’t accompanied by a drought or a heatwave.

Last year, our magnolia scorched while we were away for a week, which upset me, but it is reviving, fortunately. It was touch and go for a while. M says it won’t flower this year, though. It hasn’t had an easy life, our magnolia, but it does seem to be quite resilient. He rescued it from the scrapheap when he worked in a garden centre and nurtured it back to health. 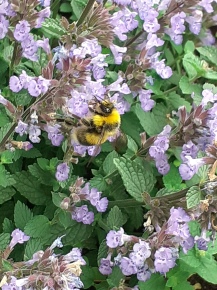 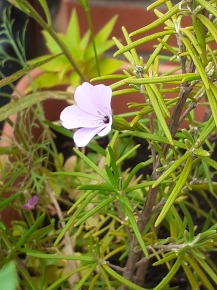 We had a Japanese maple that wasn’t so lucky. It scorched in the same heatwave as the magnolia last year, and didn’t revive. Which was a shame, but M has replaced it now with a Purrsian Blue Nepeta (AKA catmint: shame we have no cats to appreciate it). Largely for the flowers, to encourage the bees. They like purple. We have a lot of purple on the balcony: the nepeta, the hebe, the lavender.

He’s also added to the ladder with a Pied Piper, which has beautiful colouring, and the wildflowers which came with the bee hotel have begun to flower. And the thyme and rosemary we thought we’d lost have returned, too.

And the mint, seen above dangling beside the Pied Piper, that M put in a month or two ago, is clearly very happy in its home.

Everything seems to be enjoying the temperate weather at the moment: it’s not too hot and dry and there’s plenty of water. The bee hotel has occasionally provided a dry haven for other passing flying things. And the heron makes a return. 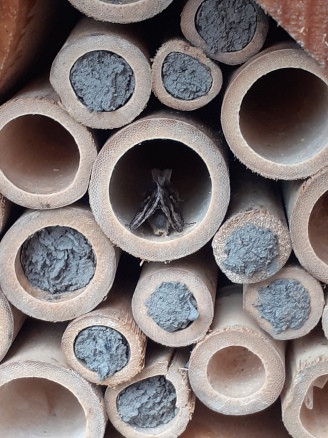 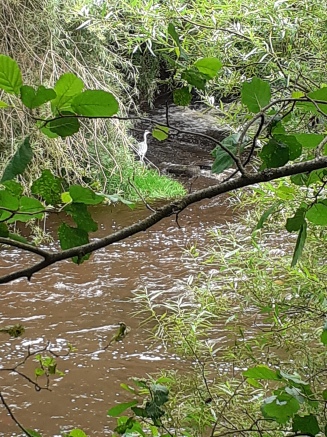