In taking on the British Crime Classics Challenge and rediscovering my love of a good detective novel, I’ve decided to rummage through the shelves for non-Golden Age detectives of a similar nature. 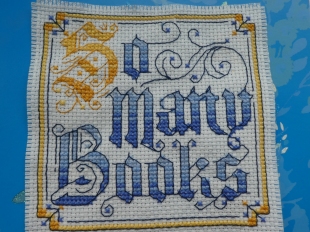 I discovered Miss Fisher via the quite wonderful Australian TV adaptation, currently on Netflix, and was hooked from the first note of the theme tune. The books by Kerry Greenwood, though, I see have been floating around since the ’80s, with the first one being Miss Phryne Fisher Investigates.

Phryne (named after the courtesan of Athens, rather than Psyche the nymph because her father was drunk at the christening) is a ’20s flapper, moving to Melbourne because, firstly, London is becoming boring, and, secondly, she’s been asked to investigate the curious illness of the daughter of a neighbour, who married an Australian. Having grown up in poverty in Australia, and whose family only inherited the title and wealth because of the Great War, it feels like going home to Phryne. Her assignment is quite straight-forward: to find out if this daughter is being poisoned by her husband.

Only, of course, things are never that easy, and Phryne becomes involved in all manner of interesting things, starting with the hunt for an illegal abortionist and ending with a drugs ring.

I like Miss Fisher, I do, and I will, sporadically, read the rest of the series. They’re easy-readers – the sort of thing you can read in an hour or two, due primarily to being not very long. This is not a criticism. There’s less room for waffling in fewer pages and a lower word-count.

Miss Fisher follows the noble detective tradition in being moneyed, independent, and intelligent. She doesn’t bother about what others think of her investigating, even though others of her class think it’s beneath them. It is, after all, for the police to investigate. She is a thoroughly modern sort of woman – and is there anything she can’t do?!

However, and I’m not really sure if it’s because I watched the series before reading the first book, I prefer the TV series.

I like Detective Inspector Jack Robinson, Miss Fisher’s friendly neighbourhood copper, and there was less of him in the novel. But there was more of Doctor MacMillan, so that’s something, even if Constable Hugh Collins wasn’t there.

Perhaps these things will work themselves out in the later novels. I doubt they need to be read in any particular order, and are perfectly entertaining on their own. I just need to forget the series while I read them.