The gloriousness of April seems to have washed itself out as we’ve gone through May.

Oh, we’ve had our sunny days, when I’ve taken a cushion out to sit in the sunshine and we’ve left the balcony door open, but there’s been more rain. It’s been cloudier and greyer, and there was a low-level thunderstorm one day. Not much of one: there was one flash of lightening and then merely rumbles of thunder. No real storm.

But the plants have appreciated the rain and the cooler weather. So, no doubt, have all the hayfever sufferers. Is it just us, or have others not been as badly affected so far this year? 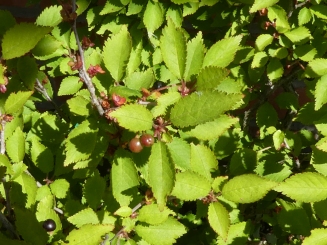 The cherry blossom of April has given way to cherries in May (sadly they are ornamental, not edible). The magnolia, though not yet flowering, is definitely recovering. The bee-friendly plant seeds which came with the bee hotel have begun sprouting.

We have some additions as well. 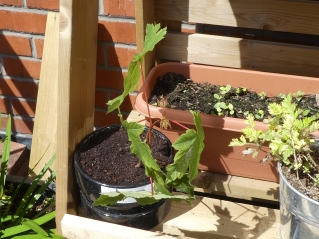 There are the new herbs: mint, sage and chives. There’s the sapling M has hopes of making a bonsai. He found it growing in the cracks around the edge of the balcony during a weeding session, and moved it to an empty plant-pot.  It seems to appreciate its new home.

We’ve also, now that the rules are easing slightly, had a couple of walks around Astbury Mere, to see the ducks, swans and coots, and their new families. 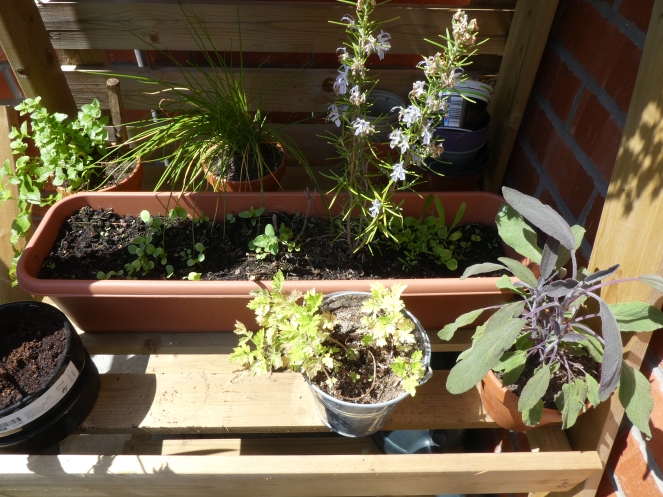 2 thoughts on “Nature Notes: May on the Balcony”